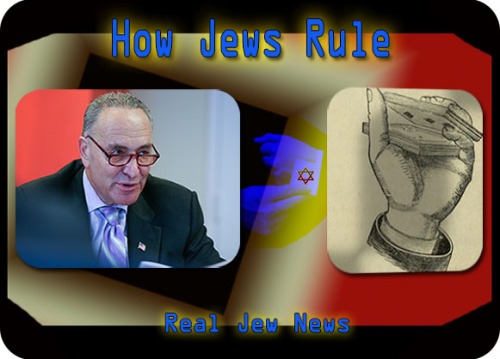 JEWISH CONTROL starts with the self-awareness of the Jew as superior to the Goy.

Jews have a way of expressing this amongst each other by mocking one of their own who says something stupid as “having a goyisha kup.”

When dealing with the goyisha world around them, (approximately 99.8% of the world population), Jews instinctively bear within their psyche a “Jew vs Gentile” disposition.

And why this distinctiveness that Jews carry within themselves?

It’s because Jews see themselves primarily as a race of which Judaism is attached historically, yet secondarily.

And as a race Jews are bent on ruling over the human species of every stripe and color, whether informed by their Old Testament religion (now invalid due to the extirpation of the temple and priesthood); or by upbringing; or instinctively as a defense mechanism.

Jews are cowards prefering to hide behind Gentile window dressing as observed in their shills at the Department of State—Mike Pompeo–or National Security Advisor—John Bolton.

Like sneaks, they hide their fancy of superiority and their segregating bent of being Jews first, Americans second; Jews apart, Gentiles down the street. 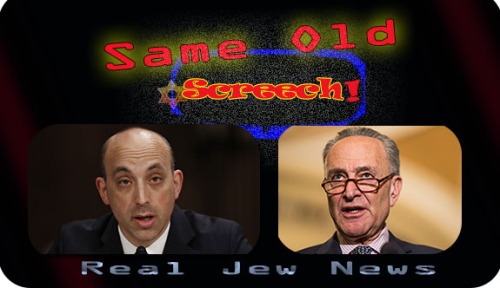 THE JEWS RULE by subterfuge. They must in order to duck the crossfire.
They say they are victims yet by their own criminality victimize thousands of Goys daily.

They pretend to have little influence over political affairs, yet by their countless organizations manipulate hacks on DC and pen legislative drafts pushing a Jewish agenda:

Jews also rule by sleight of hand. Every ruse is used by Satan’s brood to make the Goyim feel like lowlife crudes.

Jews arraign the Goys for being racist, yet Israel is based on racial exclusiveness.

Jews accuse the Goys for being anti-Semites for censuring Jewish over-reach, yet Jews stick their noses in every far off place in matters that don’t belong to them.

Whenever Jews—like ADL’s Jonathan Greenblatt and Chuckie Schumer—can’t defend the evils of their own they resort to that same old screech, ‘Antisemitism!’

ONLY JEWS CAN DEFINE ‘anti-Semitism’ with its ever-broadening meaning tailored to fit every occasion of outrage against Jewish malfeasance.

The Jewish definition of this ‘disease’ is: “An irrational and inborn hatred of Jews just for being Jews, a virulent disease of the Western mind.”

Israel and its lobbying agents crawling like vermin on Capitol Hill are pushing a new definition of ‘anti-Semitism,’ and Jewish lobby groups like the ADL are licking it up.

It’s the same old brand with a JEWey twist in a Jew-sponsored Bill—The Anti-Semitism Awareness Act of 2018—lobbied by the anti-Palestinian, anti-free speech hateful JEW, Kenneth Marcus—which, by employing an overly-broad political definition of anti-Semitism, implicates criticism of the JEWish State as a crime.

(Marcus was just confirmed as Trump’s Assistant Secretary for Civil Rights in the Education Department, a post known more for policing racial bias and sexual violence in schools than refereeing the battles over Israel and Palestinian rights on the nation’s college campuses.)

His trophy Bill aims at criminalizing ‘anti-Semitism’ on campuses misappropriating a State Department guidance for foreign policy for use in domestic civil rights law.

By killing academic discourse, the Bill is designed to shield Israel from censure of its crimes, that if done by other nations, would have the whole world down on their necks.

But the necks of Jews are a precious thing while they strangle the moral life of nations.